Planning or attending social events has been a bit of a challenge for me since I started Paleo…let me re-phrase, it’s been a bit of an adjustment. Usually one just eats whatever is provided at a party; foods that smell good or look pretty. One usually doesn’t really think of the ingredients that were used or how the foods have been prepared.

Not me. I need to know exactly what went into a dish, to determine whether or not I can consume it. I don’t mean to be picky or be a pain in the behind, but it’s just the way it is now. I will not compromise my healthy eating habits and my digestive system.

While at a gathering, I still try to eat the stuff that looks raw or 100% natural like veggies, fruits, nuts or grilled proteins…but that’s really about it. What has worked for me is packing a little lunch and taking it with me to parties. I will usually let the host know ahead of time I have this special diet, so they don’t worry about me and don’t mind me when I take out my little packed goodies. People understand most of the time.

To some this may seem an extreme inconvenience,  but it’s all about creating healthy habits! I have become efficient at packing foods and portioning out my meals. To me this process is a breeze, and to be honest, I would much rather avoid feeling bloated than comply to party foods. It’s all about choices, and that has been my choice. I prefer healthy, wholesome, natural and Paleo-like foods. It’s how I roll now a days.

When I plan dinner parties at my house, I try to keep all the appetizers and food choices as healthy and as tasty as possible. I buy flavorful and organic ingredients that compliment each other, and usually come up with fun paleo recipes that are not too “weird” for people. I would hate to force my Paleo eating habits on others, so I create things that are commonly enjoyed at parties to serve…only I make them a bit healthier; things such as guacamole (with sweet potato chips or other veggie chips), sweet potato fries, grilled meats and salads…making them healthy and Paleo-friendly.  Guests usually don’t even notice they are eating healthier!

Let me give you an example. A few nights ago I wanted to feed my husband a common American dish, which is not usually Paleo (because of its ingredients). I wanted him to have an Egg Salad with bread; don’t’ ask why, but it just sounded like THE thing to have at the moment. Check out how I assembled it:

Get the full recipe here! 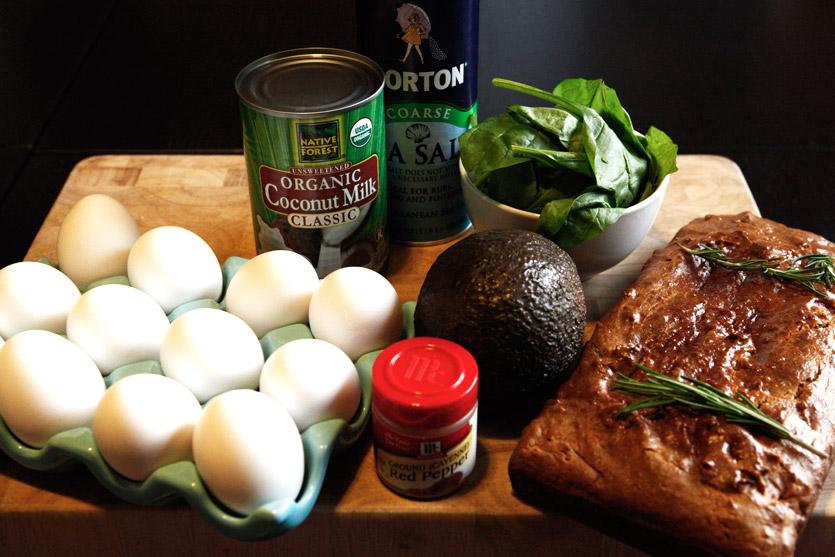 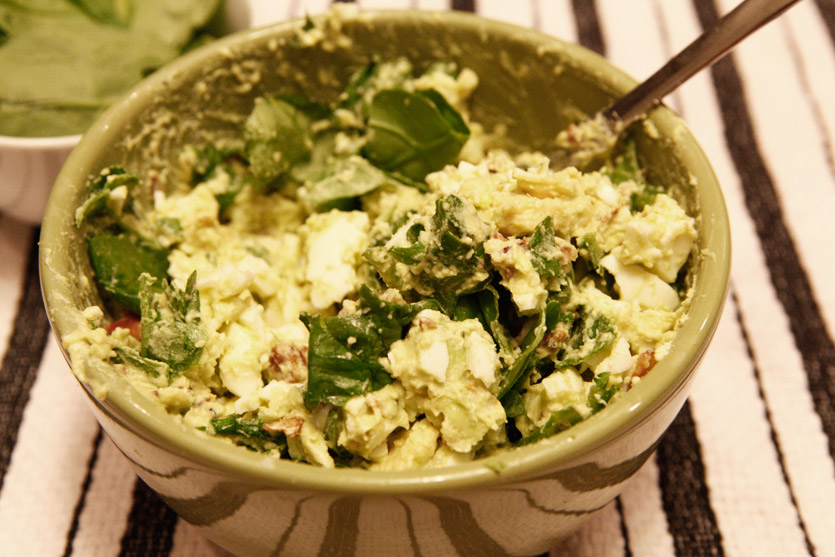 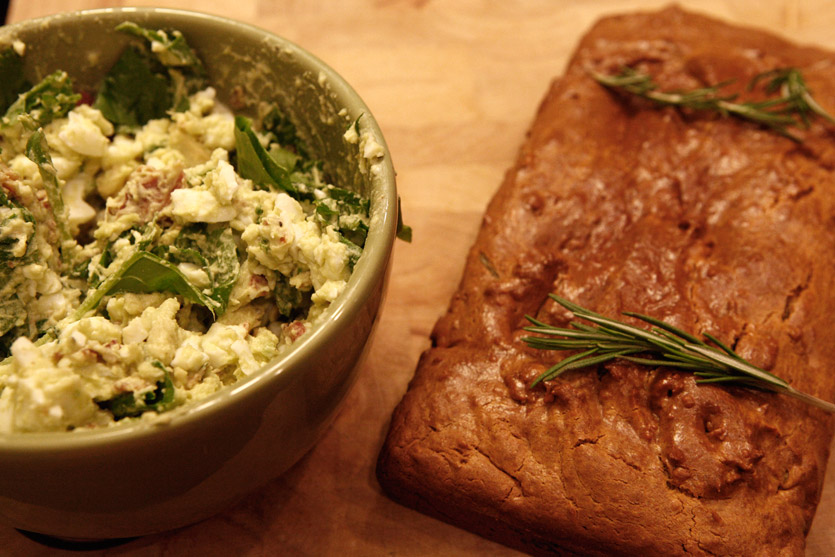 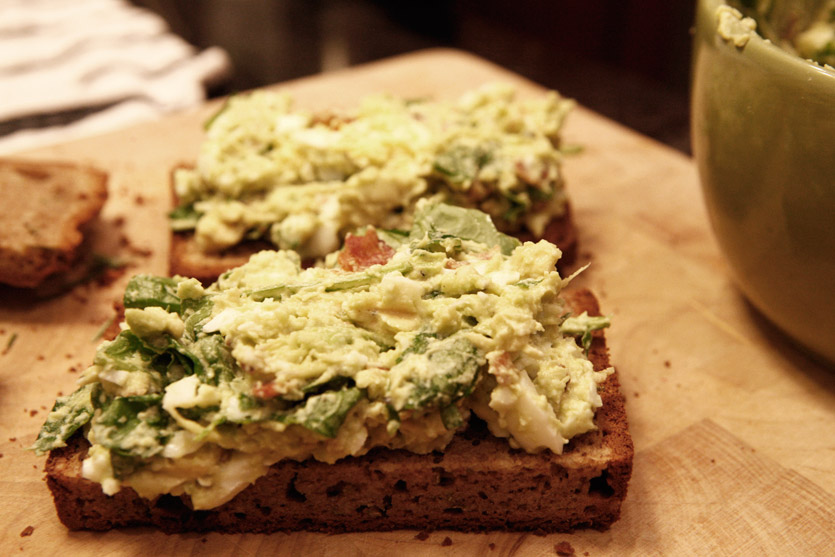 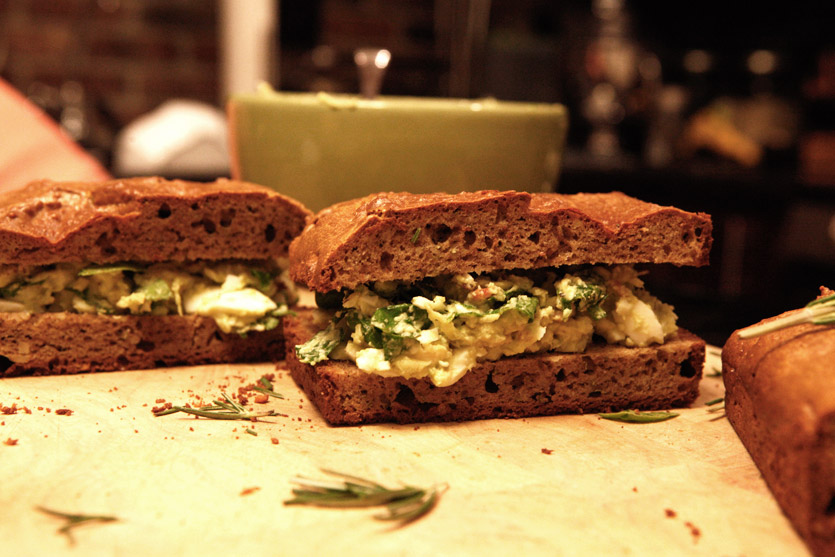